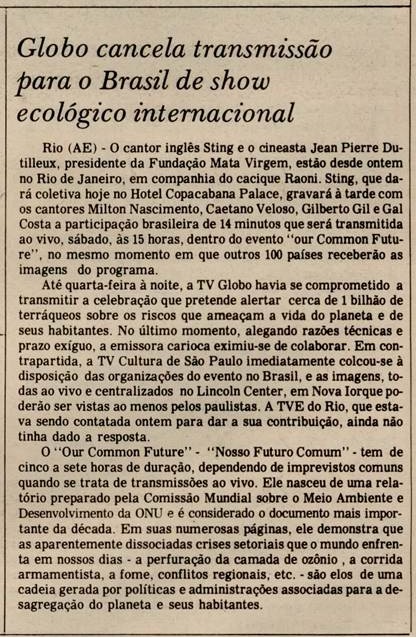 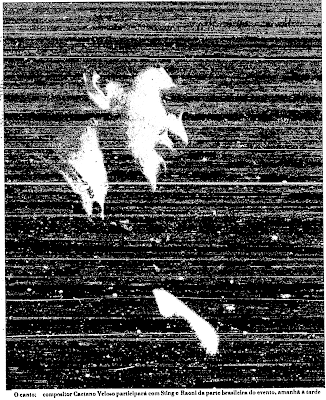 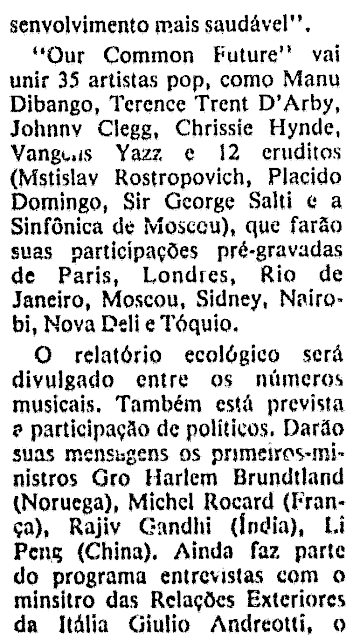 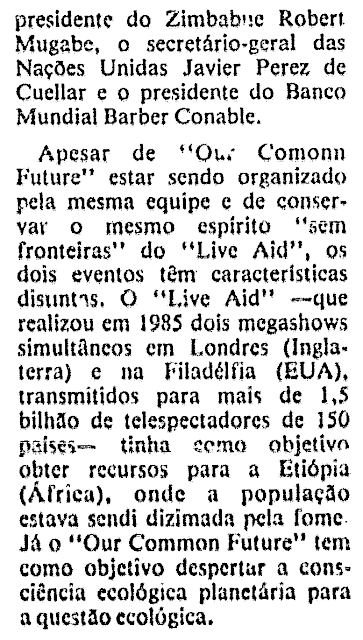 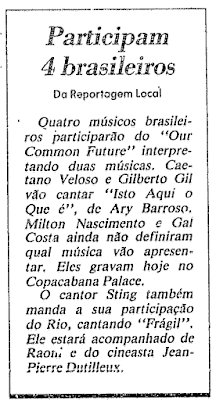 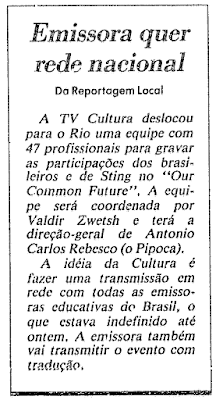 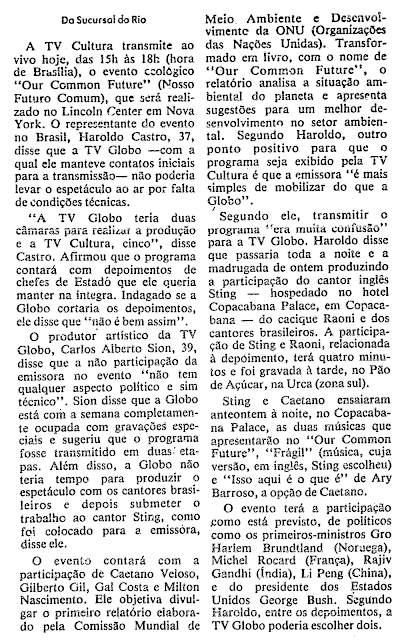 Broadcast primarily from Avery Fisher Hall, Lincoln Center, in New York City, the telecast was relayed to over 100 countries.

Sting, in a statement, made a connection between the poverty of Brazilians who are logging in the Amazon rain forest and Brazil's crushing national debt.

Some of the performances, even truncated by advertising, were worthwhile. 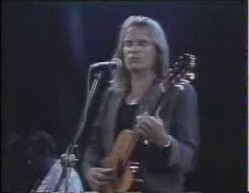