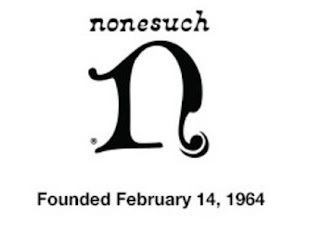 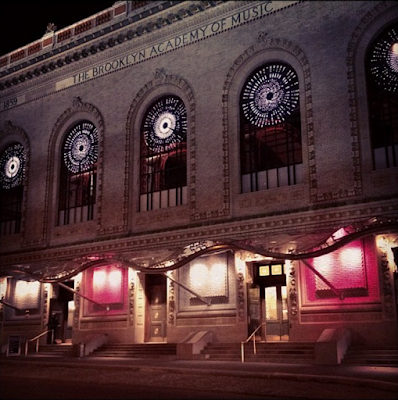 
On April 1, Brooklyn Academy of Music will host a special tribute to longtime Nonesuch Records president Bob Hurwitz, with an all-star lineup of musicians with whom the label president has worked.

Hurwitz was Nonesuch President for 32 years beginning in 1984 when it was primarily a classical label, widening the company’s genre output over the years. He still remains active in the ongoings of Nonesuch today and teaches at the New School and UCLA. 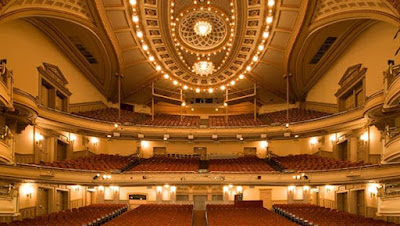 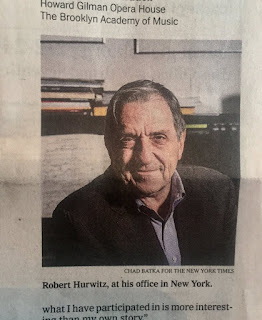 
At Nonesuch Records, Star Treatment for a Boss Who Plays
By BEN SISARIO
MARCH 30, 2017

For the last six months, Robert Hurwitz has been going through the daily journals he kept during more than 30 years at the helm of Nonesuch Records. In thousands of pages, he documented working with the musicians who have made Nonesuch perhaps the most eclectic label in the business: the composers Steve Reich and John Adams, jazz auteurs like Brad Mehldau, the arena-filling rock duo the Black Keys, and esteemed songwriters like Randy Newman and Stephin Merritt.

Your average high-achieving record executive might use this opportunity for a tell-all book with himself at the center. But so far Mr. Hurwitz, who speaks with the quiet assurance of a college professor, has no interest in that.

“The journals themselves are more unique than any book that I could write,” he said. “I think what I have witnessed and what I have participated in is more interesting than my own story.”

On Saturday, however, Mr. Hurwitz, 67, will be the center of attention for “A Nonesuch Celebration,” a concert at the Brooklyn Academy of Music that will celebrate his career and legacy. Joseph V. Melillo, the academy’s executive producer — who has, by his count, put 36 Nonesuch artists onstage over the years — said it was the first time in his three decades there that an event honored a record executive.

“Bob is the epicenter of why


Nonesuch and its artists


have had a relationship


The concert will feature Nonesuch regulars like the Kronos Quartet, Natalie Merchant, Pat Metheny, Caetano Veloso, Chris Thile and Dawn Upshaw. And, in something of a musical gift, it will also include the premieres of 11 piano pieces written by Nonesuch composers for Mr. Hurwitz, himself a skilled amateur pianist. (During an interview at his office at Warner Music, the label’s parent company, a copy of Bach’s “Well-Tempered Clavier” lay open at his upright piano.)


Nonesuch was started in 1964 by Jac Holzman, the founder of Elektra Records, as a budget classical label. When Mr. Hurwitz took over in 1984, he was determined to remake Nonesuch as a home for maverick contemporary composers; in time, it also came to reflect his interests in world music, jazz and adult-leaning pop. Occasionally the label has scored out-of-the-blue hits, like “Buena Vista Social Club” and Henryk Gorecki’s somber Symphony No. 3, which sold more than a million copies. In 2014, BAM held a series of more than 20 concerts celebrating Nonesuch’s 50th anniversary.


In describing the label’s philosophy, Mr. Hurwitz contrasted it with “the other part of the record business,” meaning the pop world, where hits are bigger but the careers of artists — and, sometimes, label bosses — can be much shorter.


“We have always tried to simply do what we like,” Mr. Hurwitz said, “and hope that there’s enough people who will share the interests we have.”


Mr. Reich characterized that approach, and its departure from the usual ways of the music industry, as “a beacon of light in an otherwise dark situation.”

In 2015, Mr. Hurwitz announced that he would be stepping down as president, setting up another oddity in the record business: an orderly transition of executive power. Mr. Hurwitz became chairman emeritus this year, and the title of president went to David Bither, who started at Nonesuch 22 years ago and in recent years has been a driving force in bringing the label closer to the rock world. The indie-folk group Fleet Foxes, the label’s latest signing, will release its album “Crack-Up” in June.

Will Nonesuch abandon its classical roots? Not likely, and composers like Mr. Reich hold Mr. Bither in high regard. Yet when asked about his plans for the label, Mr. Bither’s answer was classic Nonesuch: “We’re going to go wherever our ears lead us.”

In the future, Mr. Hurwitz said he would work as an executive producer on Nonesuch albums — he has 12 or 13 in the works — and would continue to teach at the New School in New York and the University of California, Los Angeles. His goal as a teacher, he said, is to instill “high ideals about why records are still important.”

The piano pieces for Saturday were written by Laurie Anderson, Louis Andriessen, Philip Glass, Mr. Adams, Mr. Mehldau, Mr. Newman, Mr. Reich and four others. Mr. Adams — who, like Mr. Reich, has been signed to Nonesuch since 1984 — said the idea for the new pieces began when he overheard someone ask Mr. Hurwitz if he still plays the piano.

“He said, ‘I still play,’ and somehow that just sparked something,” Mr. Adams said. “I thought, I have to write a piece for Bob that’s called ‘I Still Play,’ and that just expanded out to asking the other composers.”

Mr. Adams’s contribution, he said, has similarities to Bach’s “Goldberg” Variations, one of Mr. Hurwitz’s favorite pieces, but he described its sound as “Satie meets Bill Evans.” It will be performed by Jeremy Denk, whose “Goldberg” traversal came out on Nonesuch in 2013. (Because of a schedule conflict, he will appear on video.) Others performing the pieces include Timo Andres, Thomas Bartlett and Mr. Mehldau.

Mr. Merritt, of the Magnetic Fields, signed to Nonesuch on 2002 and has released 10 albums on the label, under various names. The most recent sprang from what Mr. Hurwitz said was a 90-second pitch over lunch: a song for each year of Mr. Merritt’s life, as he was nearing 50. Mr. Merritt took to it, and after two years of work, the Magnetic Fields’ "50 Song Memoir" came out in March.

Mr. Merritt described a party at Mr. Hurwitz’s house last New Year’s Eve, where he said Mr. Hurwitz performed two Satie pieces for his guests — a kind of demonstration of what makes the label distinctive.

On Saturday, Mr. Hurwitz will hear the new pieces for the first time from his seat at BAM.

“I am not going to play the pieces that night,” he said, “but I am going to try to learn every single one of them.”

A stellar lineup of musical luminaries comes together for one night only to pay tribute to Bob Hurwitz, who for the past three decades has served as the visionary architect of Nonesuch Records, affectionately referred to as “the label without labels.” At the center of this extraordinary celebration is a program of world premiere piano works dedicated to Bob by Nonesuch artists—John Adams, Laurie Anderson, Timo Andres, Louis Andriessen, Donnacha Dennehy, Philip Glass, Adam Guettel, Brad Mehldau, Pat Metheny, Nico Muhly, Randy Newman, and Steve Reich—performed by the composers themselves and others. The evening also includes performances by Kronos Quartet, k.d. lang, Mandy Patinkin, Chris Thile, Dawn Upshaw, Stephin Merritt, Caetano Veloso, and others who have worked closely with Bob during his tenure. 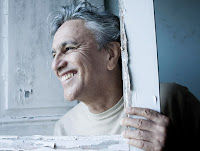 
Caetano Veloso is among the most influential and beloved artists to emerge from Brazil, where he began his musical career in the 1960s. He has over 50 recordings to his credit, including 15 on Nonesuch. Absorbing musical and aesthetic ideas from sources as diverse as The Beatles, concrete poetry, the French Dadaists, and the


Brazilian modernist poets of the 1920s, Veloso—together with Gilberto Gil, Gal Costa, Tom Zé, his sister Maria Bethânia, and a number of other poets and intellectuals—founded the Tropicália movement and permanently altered the course of his country’s popular music. 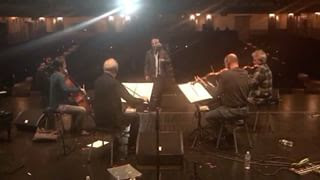 “This whole night is a love song for Bob,” said Devendra Banhart, who played “Theme for a Taiwanese Woman in Lime Green” off his latest Nonesuch release, 2016’s Ape in Pink Marble.


“It’s a gift, but it’s also a chance to say thank you for the gift of his friendship. I love this guy, and, to quote Bob telling me about Peter Sellers telling him about Caetano [Veloso], ‘You sure look like your mom loved you a lot, and so do we.'”


Caetano Veloso didn’t make any speech; instead, he simply closed out the evening with “Este Amor” off of 1989’s Estrangeiro before Kronos Quartet came back onstage to join him for “Un Vestido y Un Amor” by Fito Paez, with Portuguese lyrics that translated to echo Hurwitz’s light: “Everything you say is too much / The lights always light up in my soul / And when I’m lost in the city, you already understand.”